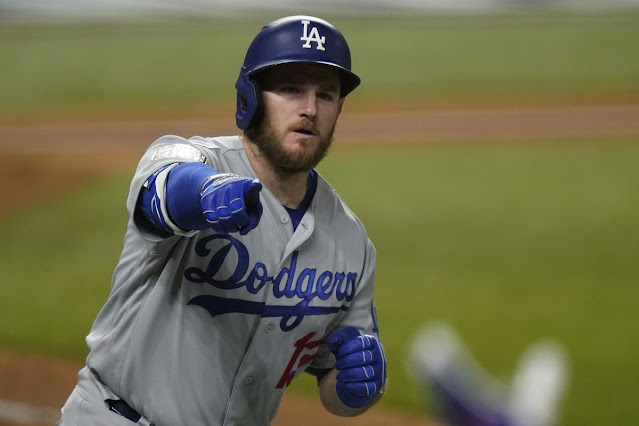 The Dodgers and Tampa Bay Rays played Game 5 of a neutral-site World Series, the first in modern history, at Globe Life Field, a gleaming new ballpark 1,400 miles from Los Angeles at quarter capacity during a pandemic Sunday. It didn’t sound that way in the sixth inning of the Dodgers’ 4-2 win.

Clayton Kershaw recorded the inning’s first two outs with two pitches. He had seemingly discovered a rhythm after a choppy beginning. But Dodgers manager Dave Roberts emerged to remove the future Hall of Famer anyway. Kershaw tried to convince Roberts to change his mind. Even third baseman Justin Turner spoke up in support of his teammate. Roberts stayed resolute and took the ball.

The pro-Dodgers crowd of 11,437, most with their minds still on the previous night’s debacle and hunches triggered by years of heartbreak, let Roberts know what they thought. Kershaw walked off to applause after giving up two runs on five hits with six strikeouts in 5 2/3 innings. Roberts walked off to the first round of throaty boos he’s received in 2020.

“He held up his part of the deal and got the two hitters,” Roberts said. “He just grinded. He willed himself to that point and I will say it wasn’t his best stuff. But he found a way to get outs and I give him all the credit.”

May responded by striking out Manuel Margot with a 101-mph fastball. It proved to be the first of Roberts’ deft bullpen decisions. The Dodgers didn’t yield another run and pulled within a win from their first championship since 1988.

“We stuck with the plan,” Kershaw said. “Credit to Doc. D-May came into the game and threw the ball awesome.”

The Dodgers arrived at Globe Life Field having moved on from Saturday’s ninth-inning collapse. At least that’s what a few of them said on pregame videoconference. Roberts, whose stupefied reaction to the implosion was played on a loop for the next 20 hours, claimed to not have watched a replay of the sequence. Living it was clear enough. And he slept just fine — with help.

“Some medication,” Roberts said. “I slept like a baby.”

The combination of Mookie Betts and Corey Seager quickly cleansed the Dodgers’ palates. Betts led off the game with a 106-mph screamer for a double on the eighth pitch of his at-bat against right-hander Tyler Glasnow. Two pitches later, Seager, fresh off a four-hit effort in Game 4, smoked an RBI single to right field. Then Seager showcased another dimension of his game.

Seager took second and third base on two wild pitches — Glasnow threw three to set a World Series record for a game — that didn’t ricochet too far from Mike Zunino. Cody Bellinger followed with a groundball to the backhand of second baseman Brandon Lowe. Bellinger reached without a throw. Seager scored easily. The Dodgers led 2-0.

Joc Pederson padded the margin by smashing a 428-foot home run into the Rays’ bullpen beyond the wall in left-center field in the second inning.

“They don’t want that smoke!” Pederson told his teammates in the joyous dugout.

The Rays, it turned out, had some smoke in response. A two-run third inning began with Kevin Kiermaier’s infield single to Kershaw. Two batters later, Yandy Díaz cracked a line drive down the right-field line.

Then something strange happened: Betts, whose postseason defensive highlight reel is unmatched, made a mistake. He took an aggressive, straight route to the ball and it skipped off the artificial turf before he could stop it. Díaz sprinted for third base and reached because Betts’ off-line throw sailed over the cutoff man, forcing Turner off the bag. Díaz beat Turner in a race to the base for a triple.

Next, Randy Arozarena delivered an RBI single to cut the Dodgers’ lead to one and give the Rays runners on the corners with no outs. They failed to capitalize.

Joey Wendle popped out. Willy Adames struck out wildly swinging at a curveball. The third out was gifted. Margot took a lead off third base and evaluated the situation. He saw Turner not holding him. He knew Kershaw’s delivery was long. He had an opening with Kiermaier, a left-handed hitter, to the plate. So he dashed home as Kershaw lifted his arms above his head.

Kershaw calmly reacted to the straight steal when first baseman Max Muncy alerted him of the situation. He stepped off and tossed an accurate throw home to Austin Barnes, who applied the tag just before Margot touched the plate with a swim move to end the inning.

Margot’s aggression, an inch or two from tying the score, stubbed the Rays’ momentum.

Kershaw retired the side in order in the fifth for his first clean inning. Then he secured two outs with two pitches in the sixth to coax Roberts from the dugout for his unpopular decision. Kershaw’s competitiveness took over. The plan was the plan — the Dodgers wanted him to face 21 to 24 hitters and he was through 21 — but he threw just two pitches. He and his teammates advocated for an audible. Roberts didn’t relent.

“I think all of us wanted him to stay in,” Muncy said of Kershaw.

May returned for a one-two-three seventh inning before Roberts replaced him with left-hander Victor González with one out after Ji-Man Choi, a left-handed hitter, was announced as a pinch-hitter. Rays manager Kevin Cash opted to pinch-hit Mike Brosseau, a right-handed hitter, for Choi.

“It’s worth it,” Roberts determined.

Brosseau walked, bringing up Arozarena, the Rays’ best player who earlier collected his 27th hit of the playoffs to set the record for the most in a single postseason. Arozarena lined out on the first pitch. Next, Lowe flied out to center field to quash the threat.

Roberts made his final bullpen move before the start of the ninth. Blake Treinen had pitched the previous two days, accumulating 30 pitches in the two outings. Roberts trusted him to record his first career postseason save.

Margot greeted Treinen with a leadoff single, but the right-hander recovered. He struck out Austin Meadows swinging through a 98-mph four-seam fastball. Wendle flied out. And, for the finale, he blew a 98-mph sinker by Adames.

In the end, after the protests and boos and heartache, the Dodgers are one win away. 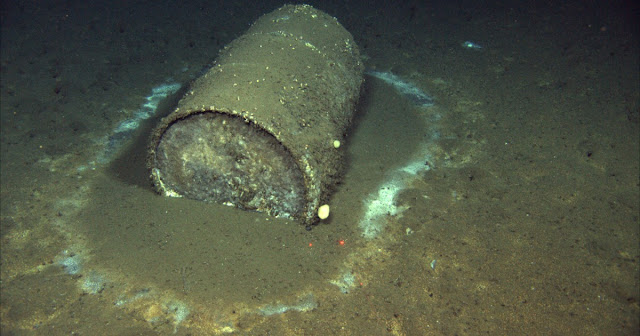